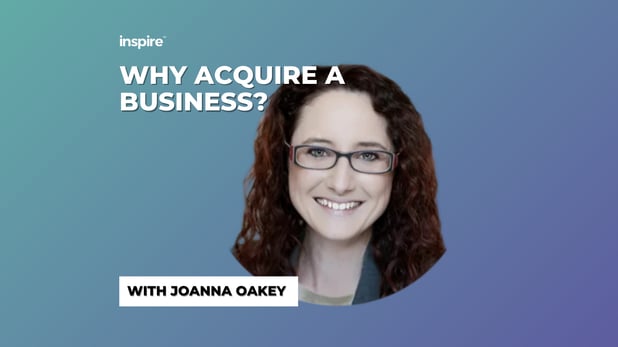 Why Acquire A Business?

I was speaking with a business owner recently and we'd had discussions around prepping for exit over a few months, and I'd just mentioned acquisition, and he'd been thinking about it anyway.  So last week, he spoke to me and he said, "Do you know what? I've decided to put on hold exit for another six months, because I just decided I'd been looking at this business that was really a simple thing to acquire, and I've suddenly realised, I'm selling for a four-times multiple at the moment”.

When we talk about multiple, we're talking about the way to value business. But one of the ways to link to the way to value business, it's always some sort of calculations, so that might be profit or EBITDAR, multiplied by a number. And that number that we multiplying it by, we call the multiple. But the point is it's not just the profit that drives value - It's the multiplier that you add to the profit, and it’s a game changer.

That's an immediate uplift in value.

I like to think of it like this: when we were kids, we probably played Snakes and Ladders - you’re rolling the dice, you get four. You then move your piece along four squares. Then you roll a six, and you're slowly making your way there. If you land on a ladder, you skip rows.