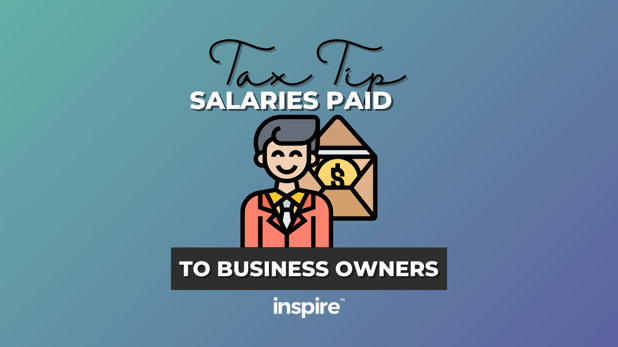 Salaries paid to business owners is actually a really common thing we see done, which is totally fine. When you run a company or a trust, one of the ways to get money out of either of those structures is to actually pay a salary to the business owners. Some of the pitfalls, or things that might cost you tax there, is actually paying not enough salary or too much salary - and I'll explain why this is.

Too much salary: When we pay a salary to a business owner, that's a tax deduction in the company or trust paying the salary, and then the person is taxed on that in their own name. So let's say we pay a $300,000 salary - that means that the individual is actually going to be in the top marginal tax rate, so 47% tax, which is about half the money that they're getting there paid in tax. So we would actually consider that in most cases to be too much salary.

Now, there are circumstances where you do need to actually pay most of the profit an entity makes to the person - but let's say in most cases, we don't, so $300k might be too much. So what's our magic number? The magic number is actually sitting at around $120,000 in taxable income to the individual. And so if the salary is the only thing that that business owner is earning, and then we might aim for about $120k. Now, why that number? That's the income level where the individual tax rate goes from 34.5% tax to 39% tax, and then that's including the Medicare levy. And there might be better places for the profit of the business to go after that point. So that's our magic number.

Too low a salary: Too low is not necessarily a problem with tax to the individual, but what it might do is create tax problems for later on, which we call Division 7A. So not allocating enough money for the business owners to take out means that they might need to loan money from the company, and then we start to get into these complex rules that are called Division 7A. Not the time to go into that one right now, but that is the result of not enough salary.