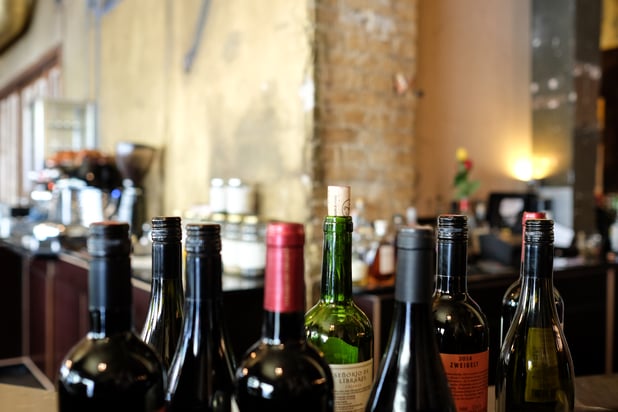 And now for the (very) good news. Wine is tax deductible

Just calling wine’s tax deductibility “very good news” feels a bit like saying that Australia is large when at 7.69million km2 it ranks sixth in the world in land mass.  So the wine thing is pretty huge.  There are some provisions, of course.  You can’t simply park yourself at your favourite wine bar for the afternoon and loudly declare, “…and the government will pick up the tab.”

So having breathlessly explained the rules around this phenomenon on a recent facebook live, we thought we’d share the news once again, but this time at the laptop – with a merlot at my elbow.

We have to have rules, though

We were outside a local bottle shop a while back stocking up for a client event and wanted to welcome our 50+ guests with social drinks and so on.  It occurred to me to check with Ben if wine was tax deductible and as a single ray of sunshine burst through the clouds, a rainbow appeared just behind him, as he said:

"Client gifts are not classed as entertainment and because they (bottles of wine) are gifts (and) they are intended to be “consumed later or over time.”

Now for some, there may be a temptation to head down to the nearest bottle shop with a large van or ute, but the same rules of good business that we love and cherish, must still govern your purchasing decisions:

So far as allowable deductions go, the wine purchase and gifting can be an economically sound alternative to the cripplingly expensive, 14 course degustation at (fill in your favourite fine dining restaurant).  Of course, the exquisitely-crafted taste sensations might do your palate a world of good but may leave a sour taste in the mouth when seeking out deductions and ultimately paying less tax.

In terms of saving you money and allowing you to chip away at your tax bill, we often ask people to:

Tip: Do read this article again later – you could be forgiven for only retaining the title and subtitle the first time around.