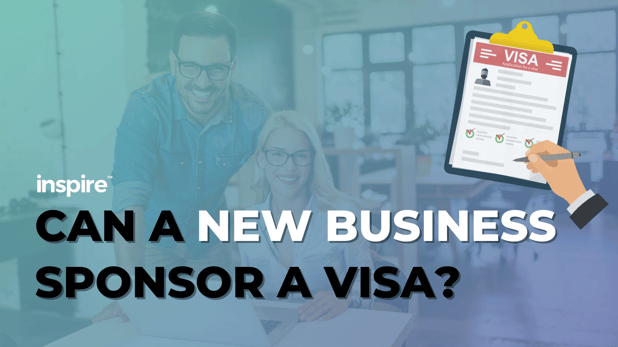 Can A New Business Sponsor A Visa?

We recently invited Michel Sulzbach and Erica Carino, directors of Bravo Migration to a webinar on the topic, ‘Hiring Temporary Residents on a Visa’

Here’s what they said -

Any business could be approved to become a sponsor. The requirements to get a blanket approval are minimal. A sole trader, a partnership, a PTY LTD, a co-op, or any incorporated business that has an ABN, can seek approval to become a business sponsor and once approved, it will be valid for five years.

Government agencies can also sponsor and we had someone in the cabinet who was a sponsor that leaked during the Gillard years, and they were not advocates of this visa. The 485 visa is the descendant of the 457 visa and it was created in 1996 by the Howard government. It is a liberal government creation and a whole skilled migration programme. Labour tends to be vocal against it but when they were in power, there were never that many visas granted under this programme.

In any size and age business, we get a lot of contacts from startups saying, "I really need to sponsor people to get this funding or get this business going, but I've heard that startups cannot sponsor." This is not true. There is no legal requirement that a business must have been trading and operating for a minimum amount of time to be approved. The business needs to be trading, but we have secured approvals even for businesses that technically were not.

One of our large clients is a restaurant and they are very prominent here in Sydney, but now they're in Brisbane as well. When they started, they needed a chef to be there on the first day when they opened their doors and that chef needed to have work rights on that day, so we had to approve the business even before they opened their doors. We show things like they had rented the premises and they were refurbishing the premises. They had bought equipment and entered into employment contracts. Literally, the day after someone register a business, depending on the case and on the business plan, we could secure an approval for that business.

Watch the full webinar, ‘Hiring Temporary Residents on a Visa’ at https://learning.benwalker.com/courses/hiretempvisas